Cobus employ a highly dedicated team of professionals who are fully committed to delivering the highest level of customer service and workmanship. Led by Managing Director Michael Smith, the senior management team was personally selected to ensure that Michael’s long-standing vision, business direction, and positive work ethic was not only maintained but continually expanded upon. The Cobus managers and their teams have a wealth of experience and proactively work in collaboration to identify the very best solutions and available technologies. The Cobus Team also enjoy sharing social time together, supporting the Cobus Foundation, and attending team building events that all contribute to a positive working environment and a real passion for the job that further benefits the customer experience and delivery.

Here at Cobus! …It wasn’t called Cobus back then but I can still remember going for my 1st and only job interview in June 1991 – I was on my bike and locked it up outside the small office before having my interview, getting offered the job, and accepting the job before having to leave as I had a School exam to sit that afternoon, I started fulltime a few days later and I’m still waiting for a day off!

2. The most daring thing I’ve done is…

Most daring? …I’m thinking that’s quite a subjective question really and I’m also not sure that I can, or would like to, disclose my ‘most’ daring things! …but, to be honest I’m no thrill seeker, you won’t find me jumping out of an aeroplane or doing a bungee-jump anytime soon! …I guess I have taken plenty of educated business risks that many would consider extremely ‘daring’ by definition but I’m very methodical, logical, and measured in my approach to all things business so I don’t consider them daring.

Doing some kind of exercise! …I’ll be either at the gym doing a cardio circuit, lifting weights, or out on my bike putting the miles in. Playing rugby has always been my passion and I play as often as possible for club and representative teams, I’m about to take part in a GB Masters (Veterans, I’m older than I used to be!) touring side to travel to NZ and Australia to take on the International teams that promises to be an experience of a lifetime.

4. An achievement I’m most proud of….

It may be expected by many that I’d say acquiring total share ownership and position of MD at Cobus in 2013 after starting as just a YTS [Apprentice/Trainee] in 1991 was a proud moment, and of course it was and I’m continually proud of what the business has become and the exponential growth since taking control. But, some of the achievements that I’m most proud of are the changes and benefits to others lives that are a direct consequence of the Cobus Foundation that I established in 2010. Taking on the Great Wall of China Marathon in May 2017 that’s said to be one of the world’s toughest and after just 3-months preparation and finishing in the top third was a great achievement, we raised almost £10,000 through sponsorship and donations for our nominated charity as well as raising the profile and awareness of the charity – this was a very proud moment for me, maybe one of my proudest!

Working across numerous business sectors, Emma provides a cohesive sales and marketing approach. Passionate about customer service, she is committed to the corporate mission to provide the highest levels of customer service, and deliver on our promises to enhance the customer experience. Joining Cobus after many years within the regional press industry she is a well-recognised face in the business community and is committed to driving Cobus forward.

1. What was your first job and what was the first pay packet?

My first Saturday job was at a family restaurant near Gilberdyke where I waited tables but mainly just ate cake and drank milkshakes; however my first ‘real’ job was a Youth Training Scheme (YTS) with travel agency Lunn Poly on only £40 per week! It was a great grounding for my career in sales, I got to travel quite a bit and see many countries in Europe and I made some friends for life.

2. If you won the lottery, what is the one of the first things you would do?

I would throw a huge party, somewhere fancy and hot, to celebrate with all my favourite people. It would be in a beautiful villa, with a huge private pool and incredible picture postcard views. There would be a chef cooking amazing food on the BBQ with waiters serving an endless supply of prosecco and Budweiser plus a DJ playing chilled out tunes while the sun sets….. I’ve not dreamt about it too much!

I don’t ever have much spare time; my life never stops and I’m always on the go doing something…. Apart from working I love lifting weights, playing rounders and netball, shopping, trips with the family or many nights out!

Overall, we are delighted with the level of the service we receive from Cobus. From the start of the project through to completion and the on-going support they have exceeded our expectations. If we require an engineer they are very prompt and the organisation as a whole are easy to work with, even if its just to pick the brains of their wealth of experience.

“After obtaining various other quotes, we chose Cobus for both our telephone system and access control system as they were very knowledgeable, flexible and offered a very competitive price. We were really impressed with the process from start to finish; they engaged with us every step of the way ensuring we were happy and fully understood it all. The work was completed to a high standard and we are confident they will continue to support us on-going and develop the system further.” 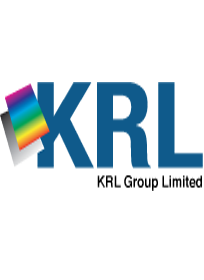 “Cobus made the process of upgrading our telephone system an easy transition and provided an excellent level of support while minimising downtime. I would happily recommend Cobus as their knowledge of telecoms was evident. We were confident that whichever solution we decided upon, Cobus would be able to support us and deliver to our high expectations.”

“Before we got in touch with Cobus we had a lot of problems with our telephone system; it wasn’t working efficiently and we were paying over the odds. We got in touch with Cobus due to their great reputation and we found their customer service levels were fantastic. They really helped us out, advised us on what would work best for our business so Designs would definitely recommend them 100%.”

“We have worked with Cobus Communications for many years and found them to be an excellent business partner, implementing voice and data solutions as our business demands continue to grow with the company.”

“Having never worked with Cobus before this project meant that we had to rely on recommendations witch turned out being very accurate. We found that Cobus were very easy to work with and they have provided an excellent access solution tailored to our company requirements. We would highly recommend The Cobus Communications Group to other businesses without hesitation.”